In the early spring of 2012 I created the web app “Docplane”, an online archive for your personal electronic documents.

The app was first shown publicly at a Demo dag event in april 2012. When the app was online you could reach it at docplane.com.

The frustration and the idea

The idea to the app sprung from a frustration I experienced after scanning a ton of personal papers, mostly purchase receipts, tax declarations and various stuff received from banks, insurance and telephone companies, car mechanics, etc.

What should I do with all these files that fill up my hard drive and that I have no immediate use for?

I first used Evernote and later switched to Dropbox, but the rather large scanned files were still taking up precious space on my computer’s hard drive. I was not content.

I had to create Docplane to realize the vision of a simple paperless life, where my scanned files doesn’t clog up my computer, but are instantly available from a secure Internet based storage service.

The app is usable in any major web browser, and worked great on mobile phones, due to the responsive design. 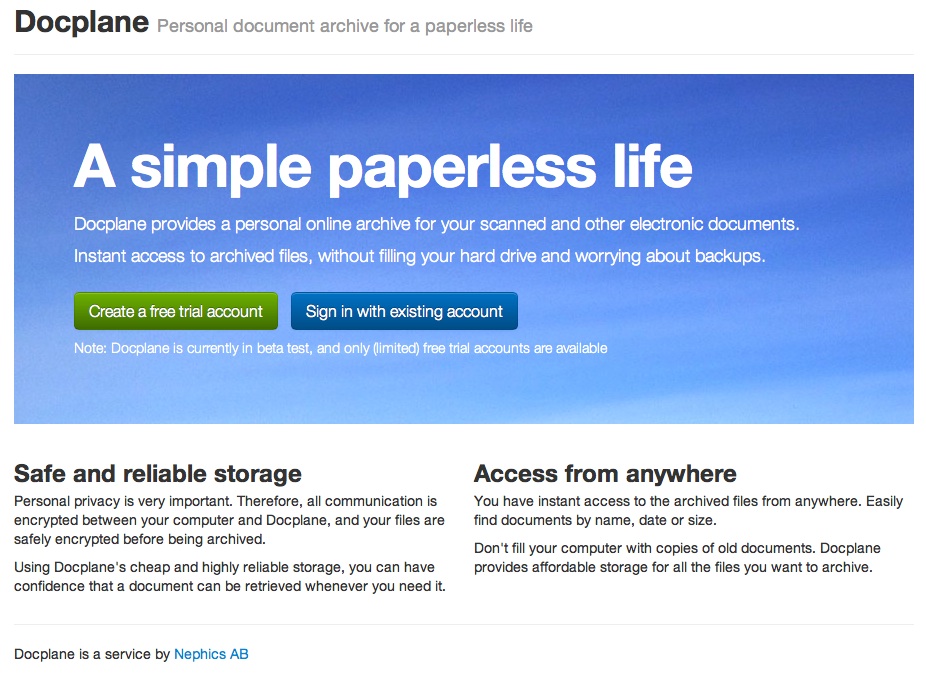 Document files are uploaded using drag-n-drop, or by selecting files to upload using the browser’s file-picker dialog, or a file can be fetched by specifying a (public) url to the file. 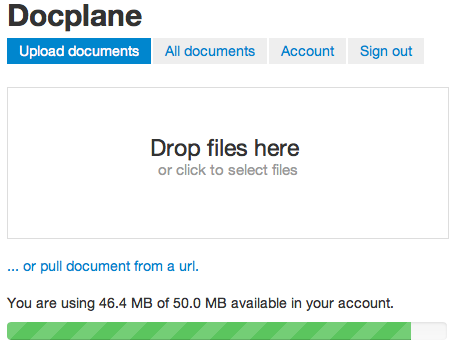 You can connect your Dropbox account, and easily transfer files to Docplane by moving files to a special Docplane app folder in your Dropbox.

Uploaded files are first encrypted and then transferred to the Amazon S3. Adding up to a fairly secure storage solution, where the encryption key is not available to Amazon, as would have been the case if the app relied on the encryption of data stored-at-rest feature provided by AWS.

The complete list of uploaded files can be browsed, sorted upload date, and can also be filtered by time stamp and/or file type.

When selecting a file in the list, you are presented with the options to download or remove the file from Docplane. 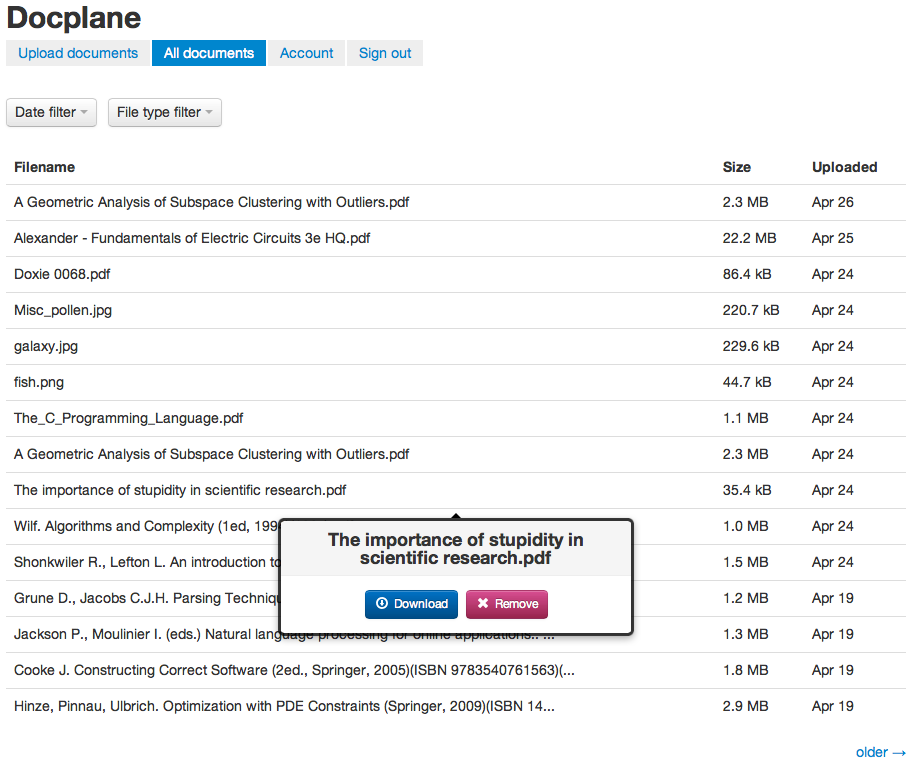 I worked on automatic pdf/image OCR, full-text search, and a range of other features, but I didn’t come around to releasing any of this before Docplane eventually was taken offline in the early summer of 2012.

I build Docplane on the basis of a conglomerate of (mostly) open source technologies.

The front end is an almost unstyled version of Bootstrap, made interactive using jQuery and custom file upload JavaScript code.

The back end consist of several Tornado web servers, one serving the web interface, the others providing internal services, such as file encryption, S3 storage gateway, file text-indexing, and local file caching functionality. User and file meta-data are stored in a CouchDB database. Nginx served as a reverse-proxy to the web interface, and as a web server for cached files.